The monthly OECD composite leading indicators (CLIs) give a good warning of the upswings and downswings of industrial cycles, both regionally and globally. The most recent CLIs point to diverging patterns of economic growth across major economies.

The CLIs show signs of continuing expansion in the United States, Germany, Japan and Russia, while pointing to a moderate downturn in the United Kingdom, France, Italy, Canada, Brazil, China and India.

To understand what is going on with global economic activity, it is also important to monitor the behavior of commodity prices. Commodity prices contain "real time" information and at present their behaviour confirms the expansion of industrial momentum world-wide.

World trade growth is intensely cyclical and has seen substantial fluctuations during the past 20 years. Reflecting globalization, exports and imports account for an ever-increasing share of GDP on a world-wide basis. This process is likely to continue as a more closely inter-linked global economy raises world income by improving competition and encouraging specialization. It also magnifies the economies' exposure to overseas demand fluctuations. Indeed, foreign trade multipliers are a lot more powerful than they were in the past.

The upward move in oil prices and the quantitative easing by developed nation central banks have worsened the inflation outlook. This has led to the upward price spiral in other commodities (including precious metals such as gold, silver and platinum) and increased the volatility in the currency markets.
Posted by AssetAllocation Plus at Monday, November 15, 2010 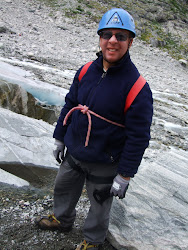